” Hi, it’s me. I just wanted to let you know we had a really bad storm out here at the lake.”

” We had a pretty good one here in the city too, but it only lasted about 15 minutes.”

” I called hydro. Our gazebo is wrapped around a hydro wire.”

” You have a tear in your gazebo.”

” There is a limb down on your front tree.” 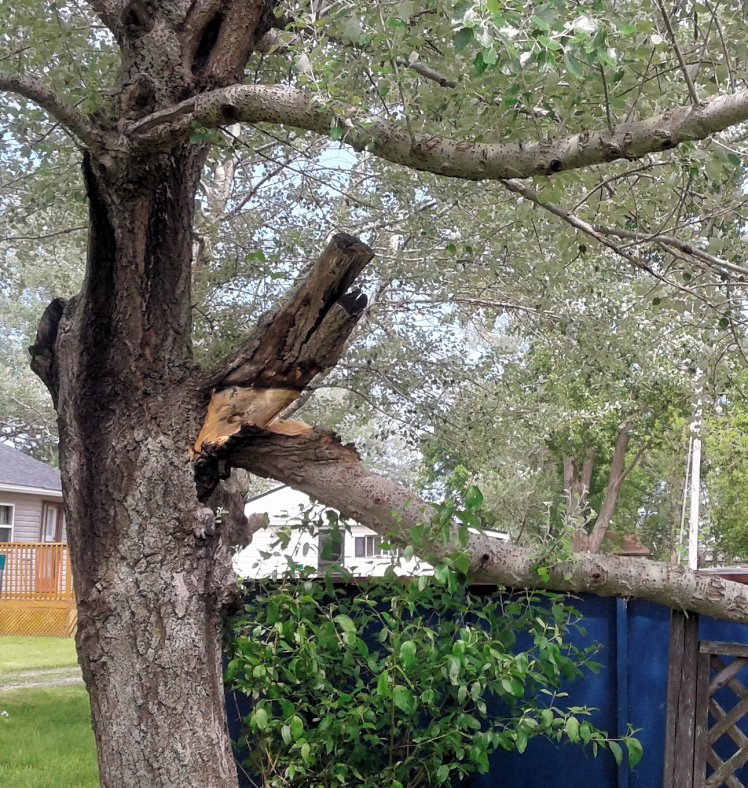 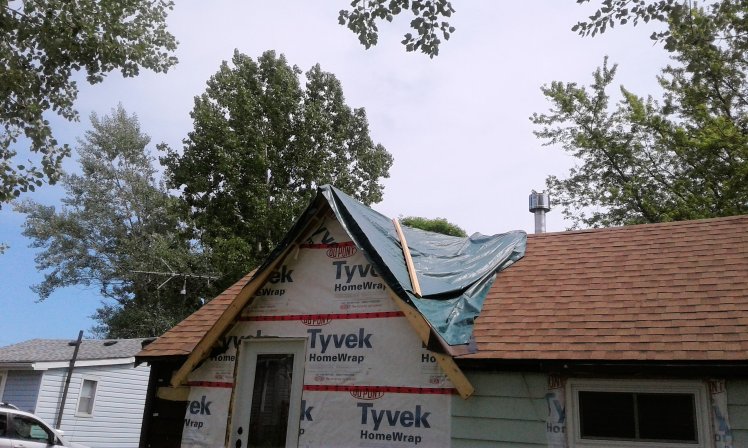 “You can’t get in. The roads are closed in all directions. There are a bunch of large trees down on the roads. Hydro can’t get in.”

“Would you go in the cottage and check to see if I have any water damage?’

I waited a few minutes for him to find the key.

Later that evening we checked the news report. “Suspected Tornado. A barn was lifted off its foundation and moved across the field. Large trees uprooted and covering most roadways. Hydro and road crew out clearing up. Power should be returned to all areas by tomorrow.”

I went down today to meet the building inspector. While waiting for the inspector, I spoke with three other cottages. Large trees down. Roofs off. Branches closing our road in and trees closing the main roads. A barn lifted off its foundation.

The neighbor right next doors, the gazebo was lifted and thrown on top of his house and wrapped around the hydro wire.

The neighbor in front of me, small trees snapped at ground level.

Branches and leaves everywhere you could look. Sixty-foot trees uproot and across the road. Six less than five minutes from the cottage.

They each described the sound like a freight train coming through. The rain fell at a slant making it look like curtains. Impossible to see through. The sky was black with loud thunder and lighting.  And the worst storm I have ever seen was repeated each time.

And somehow, our Love Shack got a branch that fell safely from the house and a small tear in the gazebo.

The building inspector showed up.

She confirmed that it was a Tornado. She looked at the drawing and said the gable matched the design perfectly. She also added if that gable survived this storm and not a drop of water got in your house without your shingles on it yet. I say you got a pass…

I would say, someone was looking out of us. We passed the storm and the inspection.

12 thoughts on “We Survived the Tornado and the Building Inspector”